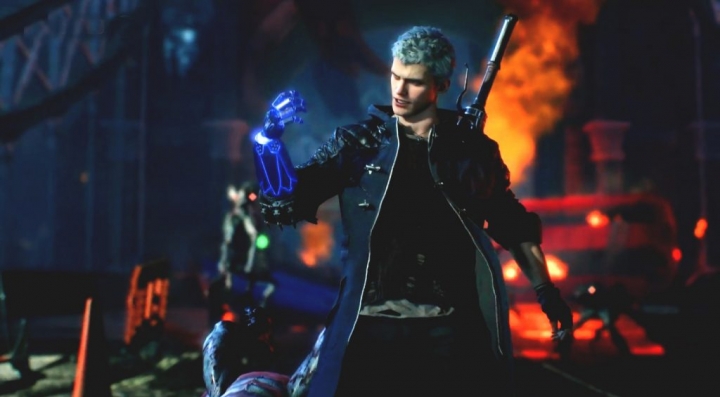 Seems like an Inner Beta tester of Devil May Cry 5 leaked some interesting details about the Game! The source itself decided to stay anonymous to avoid contract problems. Here is what he said in a private forum.

There would be 31 missions in DMC5, 10 for each character separated into their own campaigns + a prologue/tutorial featuring Nero, not counted in his campaign.

Campaigns can be played in any order after Nero’s prologue, but the recommended order is Nero > V > Dante.

Nero and Dante plays as you’d expect it, but with a bunch of new and improved moves. Nero’s arms functions are pretty much the identically to his old devil arm but except with more abilities due to having different arms he can use.

V full name is Vitale, he fights with summoning and spell casting. His basic attacks are ranged but deeper combos involve getting closer with cool moves like cummoning a small demon inside an enemy ripping it out. He can summon copies of enemies he’s targeting, and their health and AI effectiveness are determined by the move he uses. Advanced techniques result in summoning that take more hits and have better AI.

The Aim with V was to provide a character who fights pretty much the exact opposite way to Nero and Dante but still feels exciting and challenging to master in an effort to expand the scope of what the series combat can archive without weakening its focus.

There is DLC planned, but currently not in development and won’t be until the main game is finished.

Itsuno and the team intend for it to fall in line with the sort of content previously added in Special Editions realises like new playable characters, not nothing is set in stone yet and they plan to create this content based on fan reception to the main game.

Itsuno also intends for this to be the last DMC game he directs, at least for the foreseeable future, as he has numerous other projects he wants to complete as well, As such, he wants DMC5 to ie up all the loose plot threads from prior games and start several new ones for the future sequels helmed by other directors to follow.

So Vergil would be a playable charcter in aditional DLC, maybe the Special Edition itself, there still no words or hints about Trish or Lady.