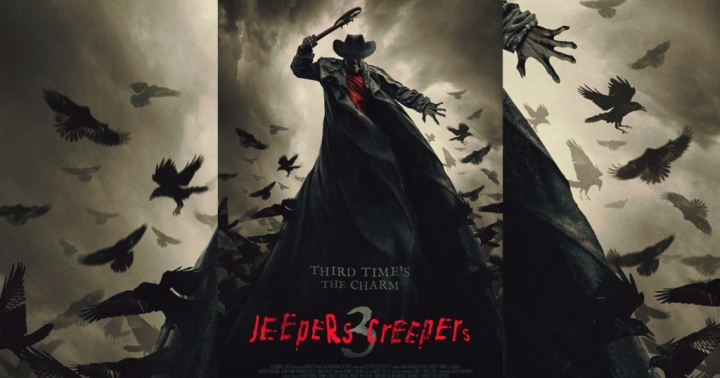 Everything Wrong with Jeepers Creepers 3

Jeepers Creepers 3 full movie is pretty inconsistent, but I’m a stubborn fan of this franchise so I want to dedicate this post not only to rip apart this garbage they did and sold as a movie but also to point out my hopes about a possible future.. jeepers creepers 4.

This movie is located just after the ending of 1 and ends just before the second begins. That’s a big mistake in my opinion, because we ALL wanted to know what happens at the end of movie 2. And after 14 years of waiting we get this.

The timeline is completely destroyed, the timing piece of the movie is broken not only with the flashbacks but during the same film, you can never tell what happens when and that a proof of a bad director.

1/3 part of the movie, focus in a Creepers “key part” theoricaly to reveal some answers of this creature, yet it’s completely useless, and give ZERO information about it’s origins.

I did understand that this is a TV movie with low budget and super bad CGI, and the whole meaning of the movie is only to revive it fanbase and setup for a “good” 4th movie, but that’s not an excuse for what they did.

YES it’s true, that they introduced more details about the Creep, like HIS TRUCK, but they also introduced some ass-weird magic in this creature gear and infections.. it almost feels like the Creeper is some sort of a “predator” that loves hunting and poses “alien” technology.

Last but not least, the CAST, the cast of jeepers creepers 3 is awful, I know they tried to bring back some references form the first movie, and the creep itself is pretty much “OK” but the rest? they go on dying and you feel 0 empathy for them. And the “romance” of the movie is so awkward and empty and UNNECESSARY.

My only true hopes about this franchise is that NETFLIX buy the rights and eather reboots the series or fix thing in a well done sequel.