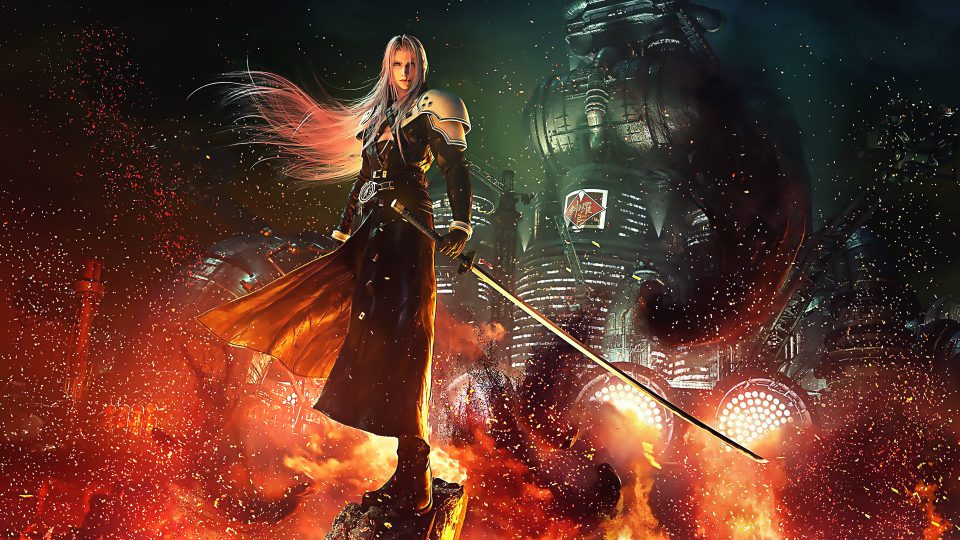 Character designer Tetsuya Nomura conceived and designed Sephiroth as an antagonist to – and direct physical opposite of – the game’s main character, Cloud Strife.

The character was voiced in Japanese by voice actor Toshiyuki Morikawa and in English by both Lance Bass in Kingdom Hearts and George Newbern in all his subsequent appearances, he will be voiced by Tyler Hoechlin in Final Fantasy VII Remake.

Sephiroth is later revealed to be the result of an experiment by the megacorporation Shinra, in which they injected him with cells from the extraterrestrial lifeform Jenova when he was still a fetus.

Upon discovering this, Sephiroth decides to follow what he believes to be his destiny and take control of the Planet, while Cloud and the game’s other protagonists attempt to stop him.

Sephiroth’s background and role in the story are expanded in the Compilation of Final Fantasy VII. Additionally, he appears as a boss character in the Kingdom Hearts series and other video games developed by Square.

Sephiroth has been well-received within the video game community and is highly ranked on many lists of the best video game villains and Final Fantasy characters.