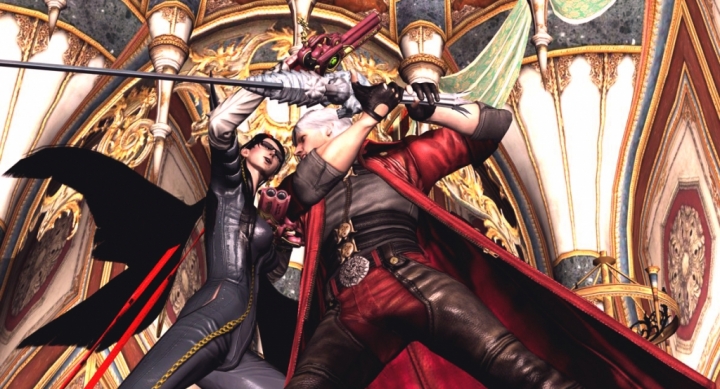 There could be a Devil May Cry crossover on the way!

Hideki Kamiya, co-creator of the original Devil May Cry 1 and inner staff of Capcom, have confirmed their positive thoughts about the idea of a posible Devil may cry crossover with Bayonetta.

Both games have lots of similarities and the idea got great potential.

Both sides, Kamiya and some former staff from Capcom, agree that this could be easily the most bizarre frenetic action hack and slash game of all time.
Beside rumors.

Capcom does like to make little cameos and crossover of their iconic IP game characters, in this case Dante, has been featured in other games, the most recent one has been the Monster Hunter Worlds DLC extinction event as a whole playable character!

It wouldn’t be RARE if one day, there’s an official announced of a former crossover between Dante and Bayonetta.