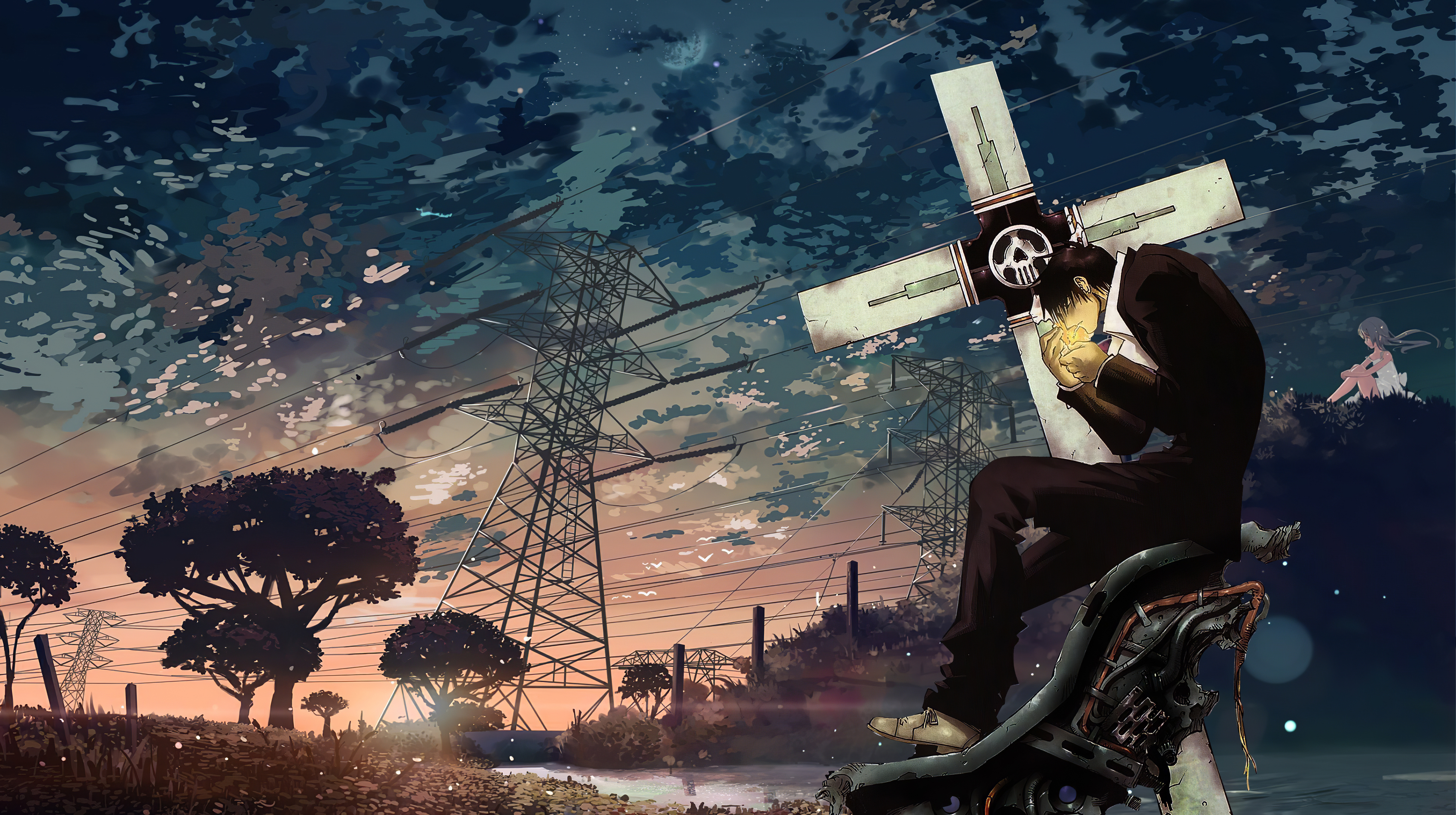 Nicholas D. Wolfwood  is a main character in Trigun . He is an orphan who showed potential to be a murderer. Although Wolfwood is shown as an older man, he is only a teenager who modified his body, as a result of the modifications he suffers from an accelerated rate of age. Nicholas betrayed the church where he was trained to become a Gung-Ho-Guns and thus have the opportunity to kill Knives .