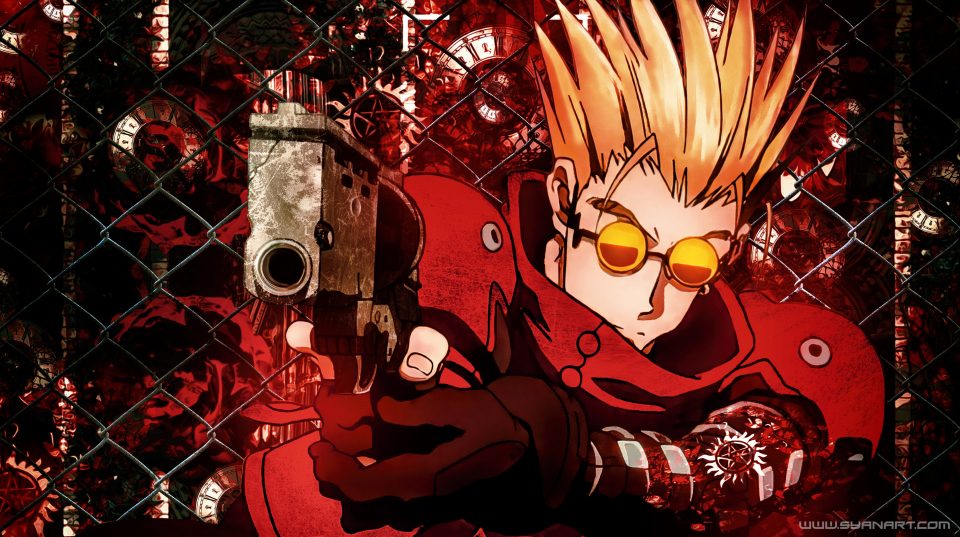 The manga was serialized in Tokuma Shoten’s Sh?nen Captain in 1995 with three collected volumes when the magazine was discontinued in 1997.

The series continued in Sh?nen Gahosha’s Young King Ours magazine, under the title Trigun Maximum ( Toraigan Makishimamu), where it remained until finishing in 2007.

Both manga were adapted into an anime television series in 1998. Madhouse animated the TV series which aired on TV Tokyo from April 1, 1998 to September 30, 1998, totaling 26 episodes.