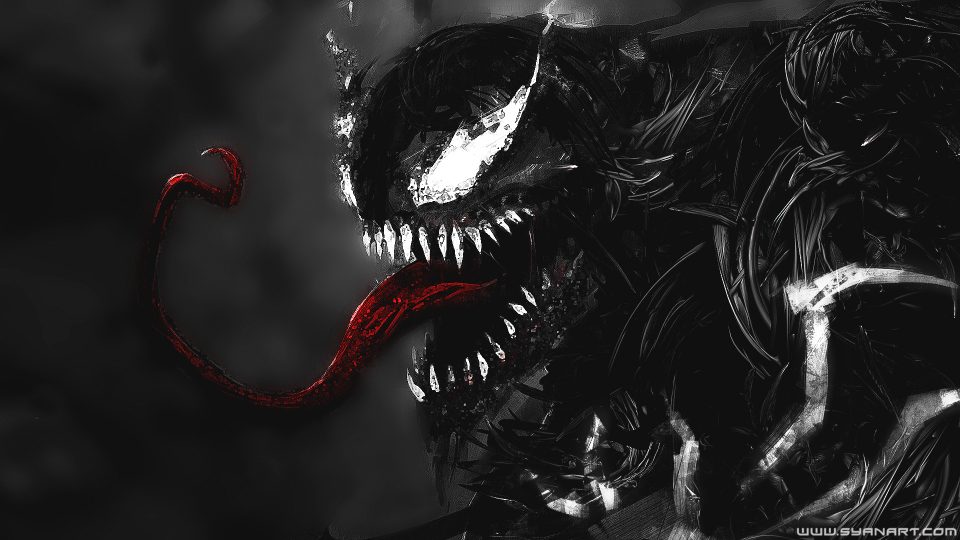 Venom is a fictional character appearing in American comic books published by Marvel Comics.
Commonly in association with Spider-Man. The character is a sentient alien Symbiote with an amorphous, liquid-like form.

Who requires a host, usually human, to bond with for its survival.
After bonding with a human host, the Symbiote bestows its enhanced powers upon the host.
When the Venom Symbiote bonds with a human, that new dual-life form usually refers to itself as “Venom”.

The Venom Symbiote’s first known host was Spider-Man.
Who eventually separated himself from the creature when he discovered its true nefarious nature.

The Symbiote went on to merge with other hosts, most notably Eddie Brock, its second and most infamous host, with whom it first became Venom and one of Spider-Man’s archenemies.