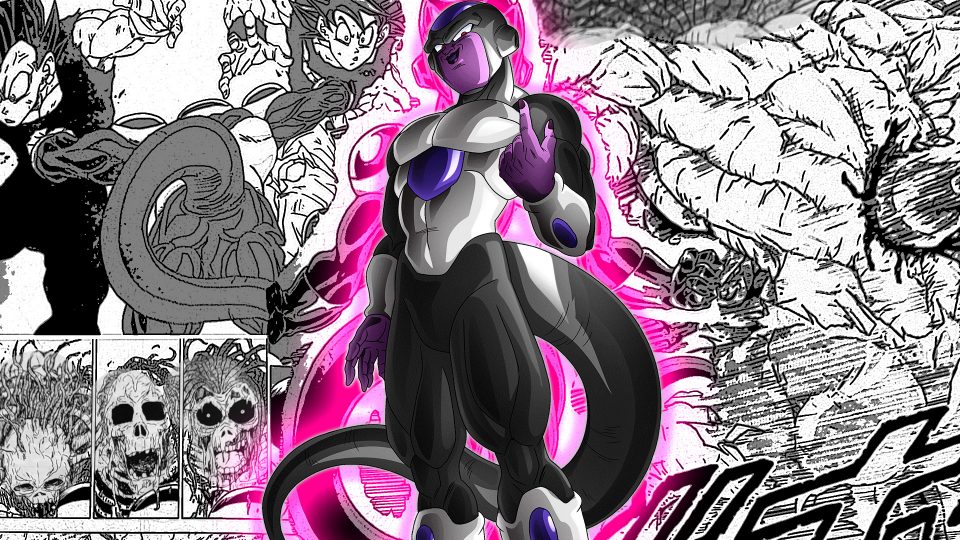 Black Freeza is the new transformation of Freezer in Dragon Ball Super introduced in the end of the Granolah and Gas arc in the manga.

Black Freeza is the result of 10 years of training of Freeza in an Hyperbolic chamber in another universe or dimension different from the main of our heroes, with Goku and Vegeta in it.

Freeze found an hyperbolic chamber when conquering a new planet in another dimension or universe where 1 day equals to 1 year, he spent 10 days in it and came out being literary the strongest and with a new transformation called Black Freeze which is way beyond Golden Freeza.

Freeze suddenly appears in the middle of the fight of Goku, Vegeta, Granolah vs Gas and his Allies.
Only to “one punch” them all, killing Gas and knocking out Goku and Vegeta at the same time with a single punch while they were using Ultra Ego and Ultra instinct form. Then he left.

IT is confirmed that this is the end of the Granolah and Gas ARC and a new one starts right away full focused into
Freeza as the main treat one again.

By the way, Freeza became far strongest and Granolah or Gas because since he was in another universe, the wish of Granolah and Gas to be the strongest of the universe didn’t affect Freeze power status to grant their wishes.